In an incredibly dramatic finish, Liverpool overcame West Brom in the Premier League today thanks to an unlikely injury-time goal from keeper Alisson Becker.

Alisson Becker’s goal made him one of only a handful of goalkeepers to score in the Premier League’s near-three decade history, and has given Liverpool hope of a top-four spot.

So with this in mind, here is a look at:

5 best goals scored by goalkeepers in the Premier League

Generally regarded as the Premier League’s greatest goalkeeper, Peter Schmeichel’s header for Manchester United against Rotor Volgograd in the UEFA Cup is well-remembered.

However, despite his best efforts, he never scored for the Red Devils in the Premier League.

In fact, his lone Premier League goal came in the twilight of his career for Aston Villa in their 2001 clash with Everton.

Villa were trailing 3-1 to the Toffees when they were awarded a last-minute corner, making Schmeichel’s decision to head into the box a little baffling. After all, he was only ever likely to score a consolation if he did find the net.

In the end though, his goal proved to be a highly memorable consolation. The corner was flicked into the path of the Dane, who expertly volleyed it home with his right foot.

Incredibly, the goal was the ninth of Schmeichel’s storied career, even if it was his only one in the Premier League. 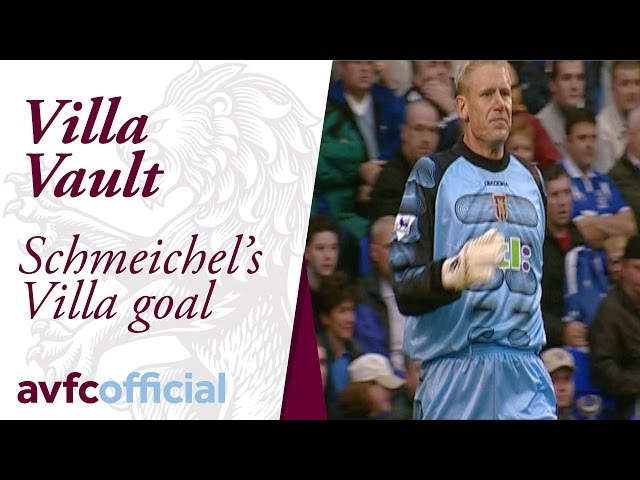 It’d probably be fair to class Paul Robinson’s lone Premier League goal as one of the biggest flukes in the competition’s history.

England’s first-choice keeper at the time, Robinson did possess the ability to cover huge distances with his goal kicks. But even he wouldn’t have expected to score in what turned out to be a routine 3-1 win for Tottenham over Watford.

Robinson’s assist didn’t come from a teammate, but instead, it came from the wind.

Tottenham were awarded a free-kick just outside their penalty area and the England international punted it up the pitch.

But incredibly, caught by the wind, it sailed into the Watford penalty box, took an awkward bounce, and flew over Ben Foster and into the Hornets’ net.

The goal remains one of the most bizarre in Premier League history – but it was actually Robinson’s second career goal, as he’d previously scored a header for Leeds in an EFL Cup tie with Swindon in the 2003-04 campaign.