WWE Hall of Famer Jeff Jarrett recently opened up about his relationship with former WWE and WCW star Scott Hall.

Jeff Jarrett and Scott Hall worked together in both WWE and WCW, as well as TNA Wrestling in the 2000s.

Speaking to Pro Wrestling Defined on YouTube, Jeff Jarrett praised Scott Hall for helping him when he was in the early stages of his career. Jarrett said that Hall had worked with him early in his first WWE run, which included matches at both Royal Rumble and WrestleMania:

“What’s really interesting is that if you look at the totality of my career, Scott [Hall] was the one that said, “Yeah let’s do this, I want to work with Double J” and he was the guy that came in from the Diamond stuff to Razor Ramon when he transitioned from WCW to WWF and he worked with ‘Macho Man’ Randy Savage and the Bad Guy persona was just a fantastic extension of who Scott is.” Said Jarrett.

“So me coming on the scene in late ’93 and then ’94, he’s working against Shawn Michaels and he worked against Kevin Nash and then getting into that scene, our match at Royal Rumble and then at Mania and when I look back on my career at how integral Scott was. Me and Scott met in… I don’t know, ’88, ’89 or ’87 when he came to Tennessee and worked in the territory.

“I’ll just say this. Double J and Razor had a lot of great chemistry and a lot of magic. Add Roadie into the mix, it was a really good box office attraction.” Jarrett stated. 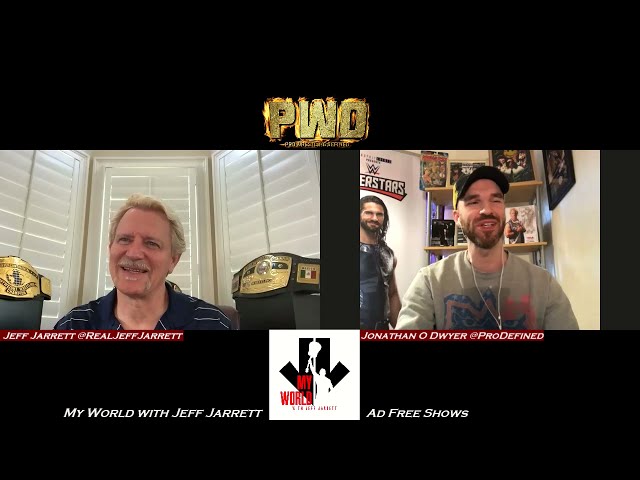 Jeff Jarrett had two runs in WWE in the 1990s winning multiple titles, including six Intercontinental Championships. However, Jarrett had a difficult departure in 1999. With his contract having already expired, Jarrett was told to drop the Intercontinental Championship to Chyna, but not before Vince McMahon paid him a hefty sum of money he was owed. After his move to WCW, Jarrett only returned to the WWE fold in 2018 when he entered the Hall of Fame.

If any quotes are used from this article, please add a H/T to Sportskeeda Wrestling and give credit to Pro Wrestling Defined.