Aakash Chopra has said that the Delhi Capitals are somewhat fortunate to be at the top of the IPL 2021 points table despite some tactical errors they committed.

The Rishabh Pant-led side have registered wins in six of the eight encounters they have played thus far in IPL 2021. With twelve points in their kitty, they lead the Chennai Super Kings and the Royal Challengers Bangalore by a couple of points but have played an additional match compared to the two teams below them.

Delhi Capitals moves to top of the points table in #IPL2021 with 6 wins lead by a new captain Rishabh Pant.

While reviewing the Delhi Capitals’ season thus far in a video shared on his YouTube channel, Aakash Chopra pointed out that a few exceptional individual performances have concealed some of the weak links of the franchise.

“I mean they actually got out of jail somewhat because of the standout performances which mainly came from the openers and Avesh Khan. There were a couple of things that were surprising me and I really hope that things will change in the times to come,” said Chopra. 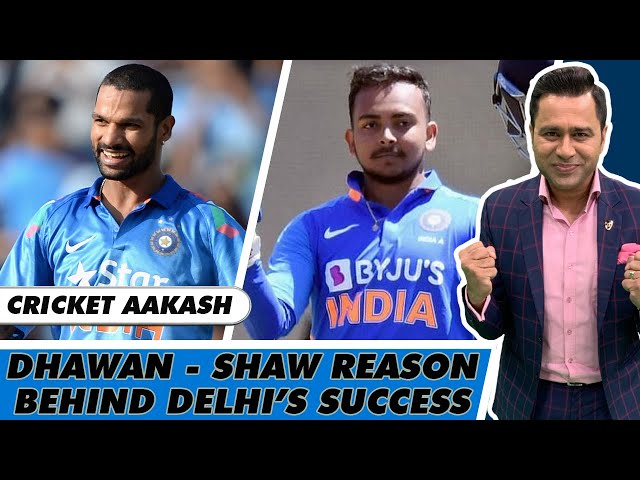 The cricketer-turned-commentator feels the return of Shreyas Iyer at the helm and at No.3 in the batting order will address some of the Delhi Capitals’ concerns.

Shreyas Iyer was ruled out of IPL 2021 due to a shoulder injury sustained in the preceding limited-overs series against England. Rishabh Pant was appointed the Delhi Capitals skipper in the Mumbaikar’s absence but the latter is expected to take back the reins for the remainder of the tournament if he is fit and available.

Aakash Chopra questioned the Delhi Capitals’ decision to persist with Steve Smith although the Australian was not delivering the goods.

“One is the No.3 batting as he [Iyer] will score runs. Secondly, you will be able to play Nortje because tactically I was thinking they were getting it wrong. If you play Smith at No.3, agree Smith is a fantastic player but he did not score the runs,” said Chopra.

The former KKR player reasoned Smith had taken one of the overseas slots which made Anrich Nortje sit out of the playing XI, and the Delhi Capitals had to resort to part-timers to complete the fifth bowler’s quota at times.

“When he is not scoring runs and you are playing a bowler short, sometimes you are trying to get Lalit Yadav and Stoinis to complete the fifth bowler’s quota, Stoinis bowls the 20th over which proves very expensive. You are not playing Anrich Nortje even though Kagiso Rabada is not in good form,” observed Chopra.

Of all the ludicrous team selections/batting orders/tactics on display here in #IPL2021, STEVE SMITH playing for DC at Nortje’s cost is something I am unable to come to grips with. I mean what in the actual Hell 🤯🤷🏽‍♂️#IPL2021 #PBKSvsDC #DCvsPBKS

Steve Smith scored 104 runs at a below-par average of 26.00 and an underwhelming strike rate of 111.82 in the five knocks he played in IPL 2021. The Delhi Capitals could have opted to play Ajinkya Rahane at No.3 instead of Smith, but they dropped the Indian Test vice-captain after just one hit in the middle.