Aakash Chopra believes Eoin Morgan’s possible unavailability for the remainder of IPL 2021 might just be a blessing in disguise for the Kolkata Knight Riders (KKR).

The English players are unlikely to feature in the rest of IPL 2021 due to their pre-scheduled international commitments. The England team are expected to tour Bangladesh and Pakistan before the T20 World Cup.

In a video shared on his YouTube channel, Aakash Chopra pointed out that Eoin Morgan’s probable absence might just work out for the better for KKR.

“Kolkata will lose Morgan, their captain. But would that be such a bad thing? It might just be a blessing in disguise because the performance has not been that good. There are question marks over his captaincy and form,” said Chopra. 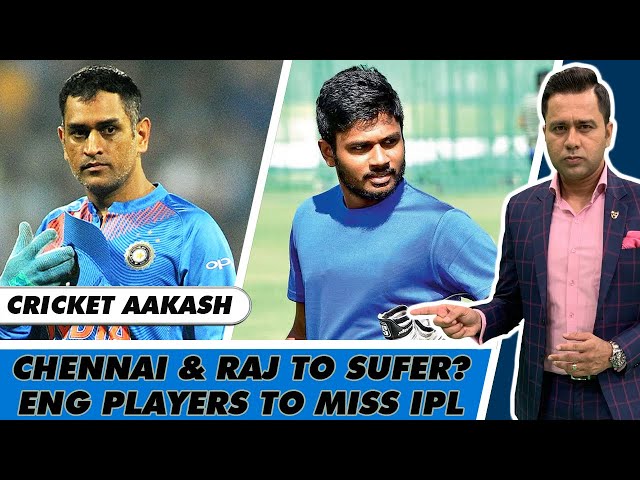 While acknowledging that it is preferable not to change the captain halfway through the tournament, the cricketer-turned-commentator highlighted that KKR will have no other option.

“In general, you don’t want to change but if it happens by default that what can they do if a player is not available at all, then they will have to make the change. So, they will be able to manage,” added Aakash Chopra.

Eoin Morgan’s captaincy for KKR has drawn a lot of criticism from cricket experts. His decision to withdraw Varun Chakravarthy from the attack after the mystery spinner snared a couple of wickets in his first over against the Royal Challengers Bangalore (RCB) drew a lot of flak.

“Rajasthan Royals will be the most concerned” – Aakash Chopra

Aakash Chopra reckons the Rajasthan Royals will be most adversely impacted by the English cricketers’ absence, with three of their most distinguished players now unavailable for the remainder of IPL 2021.

“Rajasthan Royals will be the most concerned. They have Buttler, Stokes and Archer. Stokes and Archer had gone because of injuries but when it happens later, they will become fit but will not be available,” said Chopra.

The former KKR player named the Chennai Super Kings as the other team that will be severely impacted by the English cricketers’ absence. He reasoned the three-time champions would lose two of their most prominent all-rounders.

“The second team who will be at a loss is CSK. If white-ball cricket is happening at the time, Moeen Ali and Sam Curran will not be available. Moeen Ali was being played at No.3 and bowling a little bit. You get Sam Curran to bowl with the new ball and at the death and promote him in the batting order at times,” observed Aakash Chopra.

The likely absence of Moeen Ali and Sam Curran will certainly be a huge blow for the Chennai Super Kings as it will impact the balance of their team. The promotion of Ali in the batting order has proved to be a game-changer for the MS Dhoni-led outfit and Curran has excelled with the ball for them.