Aakash Chopra has spoken about the multiple reasons that could have led to the positive COVID-19 cases in IPL 2021, with air travel being one of them.

IPL 2021 was suspended after 29 league stage matches after a few positive COVID-19 test results from multiple franchises. There have a number of theories doing the rounds on the possible reasons for the bio-bubble breach.

In a video shared on his YouTube channel, Aakash Chopra pointed out that air travel in IPL 2021 was probably the biggest issue, which was highlighted by Sourav Ganguly as well. 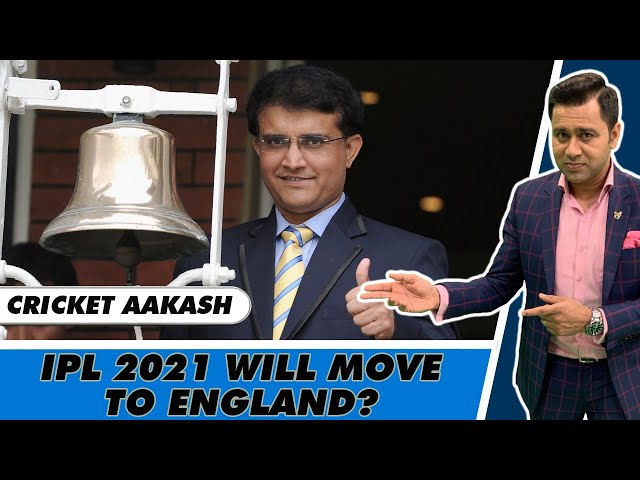 “I was reading Sourav Ganguly’s interview and the first thing that is coming to mind is air travel. Air travel has been an issue. In the UAE, you were traveling by road. Air travel is a tricky bit, you asked tarmac to tarmac access but you didn’t get it everywhere,” said Chopra.

Sourav Ganguly said “I really don’t know what led to this situation inside the bio-security bubble. We will have to do a post-mortem and look into the reasons behind this. But travelling could have been an issue.”

The commentator observed the growing case numbers in the cities in which the IPL 2021 matches were staged could have also resulted in the spread of infection.

Both Delhi and Ahmedabad, where the latest stage of IPL 2021 was played, have been severely afflicted by the virus.

Aakash Chopra feels the teams practicing on multiple grounds during IPL 2021 where the ground staff was not inside a bio-bubble could also be a source of the virus.

“Practice grounds, that’s another issue. If you are going to multiple grounds for practice and the groundsmen there are not in a quarantine, which is difficult to do everywhere in India. If you see the ground in Palam or Roshnara, the groundsmen don’t stay there and the Delhi numbers were absolutely through the roof,” said Chopra.

The former KKR player signed off by stating that the teams did not reserve an entire hotel in IPL 2021, a process that was followed when the tournament was played in the UAE.

“Last but not the least, the problem with multiple cities is that you cannot take the entire hotel. If you are moving from city to city, with teams staying in different hotels, you can take only limited nunber of rooms, unless of course there is one franchise who took the entire hotel everywhere,” concluded Chopra.

Varun Chakravarty got positive yesterday evening & was directly isolated at a floor above the rest of the team.
At night, Sandeep Warrier came positive and was isolated. Rest of the team results were negative including the hotel staff.