Aakash Chopra has picked the Chennai Super Kings‘ (CSK) death bowling as their only perceptible weakness in IPL 2021.

Dwayne Bravo has been CSK’s trusted death bowler over the years. But his efficacy has waned lately and it has forced the MS Dhoni-led outfit to look for other alternatives.

While reviewing CSK’s season in a video shared on his YouTube channel, Aakash Chopra pointed out that death bowling was the only Achilles heel for the Chennai-based franchise.

“The only weakness that was seen in CSK was their death bowling. They do not have an express bowler for the death overs. Other than that it has been a perfect campaign till now where it is not possible to find a negative,” said Chopra. 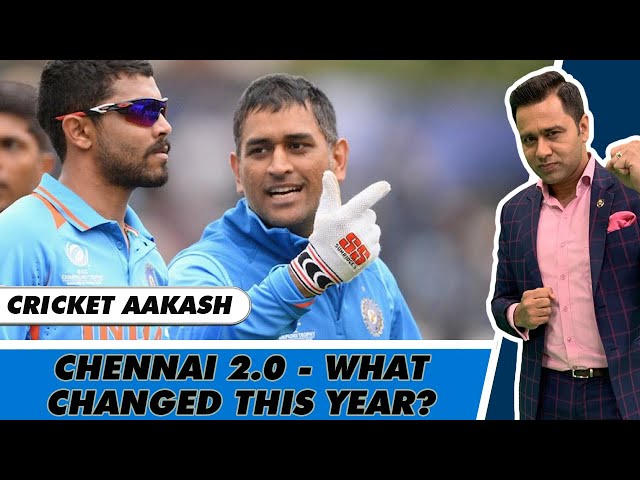 The reputed commentator pointed out that while Dwayne Bravo has not featured regularly in CSK’s playing XI, Lungi Ngidi has been found wanting at times.

“They kept Dwayne Bravo with themselves but didn’t give him too many opportunities. Ngidi is not your typical death bowler, we saw him in front of Pollard. They did not play Jason Behrendorff at all although he was in the squad because Hazlewood did not come. It is possible Hazlewood might come now,” added Chopra.

Shardul Thakur, who has often bowled at the death for CSK in IPL 2021, has also proven to be expensive. Thakur and Ngidi have been taken for an average of 10.33 and 10.41 runs per over respectively.

Lungi ingidi always let down us in death overs since he came to #CSK & thakur needs to improve his death bowling,slowers balls wont work all the time,he should bowl yorkers in death😑

Aakash Chopra highlighted that the English players’ likely absence from the remainder of IPL 2021 could be a huge concern for CSK. If that’s the case, the franchise could lose two of its most prominent all-rounders in Moeen Ali and Sam Curran.

“There could be a problem in the coming days that what happens to Moeen Ali and Sam Curran if England does not release their players, if they are selected in the England team. They will lose two of their three all-rounders,” said Chopra.

With 206 runs to his credit, Moeen Ali is the second-highest run-getter for CSK in IPL 2021. The off-spinner has also accounted for five wickets at an excellent economy of 6.16.

Sam Curran, on the other hand, is CSK’s most successful bowler with nine scalps to his name. Although he has not got too many deliveries to face, the 22-year-old has smashed 52 runs at an outstanding strike rate of 208.00.