Ricky Starks has opened up about his experience working for WWE as an extra and having tryouts with the promotion. He also discussed why he chose to sign with AEW instead.

Ricky Starks was recently a guest on Oral Sessions with Renee Paquette. Starks opened up about his experiences working with WWE as an extra. While Starks was happy with how he was treated in WWE, he also said that he realized he had a ceiling there.

Starks was approached by WWE to sign with them only after he had appeared on AEW Dynamite. Starks chose to sign with AEW over WWE. Starks opened up about why he chose not to join WWE:

“When I was brand new into the business and getting the call I was like ‘oh, this is how I get hired,’” Starks said. “And it’s a great feeling. Honestly, that’s how I learned the most. I sat up on RAW days, I sat up on the bleachers, with Regal, while they’re testing the music and he’d tell me these stories and I’d ask questions. And I’m a very observant person, so sometimes I just sit back and I just watch. I watch everything.”

“It was great, it was an awesome time. But I think, at a certain point, I got tired of it, because I felt like there was a ceiling that I just kept hitting every time I came. It’s like ‘well if y’all didn’t care for me after the seventeenth time, how is the thirtieth time going to be any different?'” H/T: WrestlingINC

Ricky Starks answered Cody Rhodes’ open challenge for the TNT Championship on the June 17 episode of AEW Dynamite last year. He signed a contract with the promotion soon after. 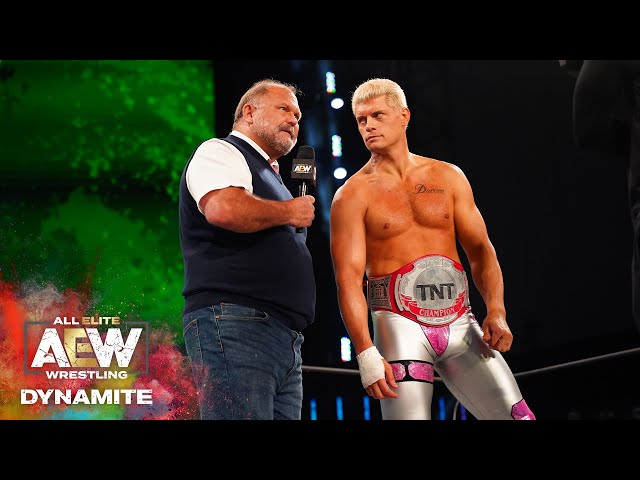 Ricky Starks joined Team Taz and is currently still a member of the faction. He teamed up with Brian Cage at AEW Revolution to face Darby Allin and wrestling legend Sting in a street fight. Starks is currently out of action with a neck injury.

You can listen to Oral Sessions with Renee Paquette HERE.