Tonight at WrestleMania Backlash, Bianca Belair will defend the SmackDown Women’s Championship for the first time. She defeated Sasha Banks in the main event of WrestleMania 37 night one to take home the gold.

Before her feud with Sasha Banks, Bianca Belair’s biggest rival was Bayley. Following WrestleMania, the feud between the pair has been reignited, and the duo will face off on tonight’s show.

On defending the SmackDown Women’s Champion against the Role Model, Belair said in a recent interview with TalkSPORT:

“I’m very excited to get back in the ring with Bayley. I actually pinned Bayley right before the Royal Rumble, so I feel like she gave me my momentum that carried me through towards the Royal Rumble and then into the feud with Sasha.”

The EST of WWE continued:

Many fans praised Bianca Belair and Sasha Banks for their powerful headlining match at WrestleMania 37. After the event, a fan photo emerged that showed an emotional Bayley watching the match with Asuka and the since-released IIconics.

“You know, it’s the long-est… I’m the EST! I want everything that ends in EST to belong to me!”

Bayley recently discussed her upcoming match against Bianca Belair and the WrestleMania 37 SmackDown Women’s Championship match in an exclusive interview that can be viewed below. 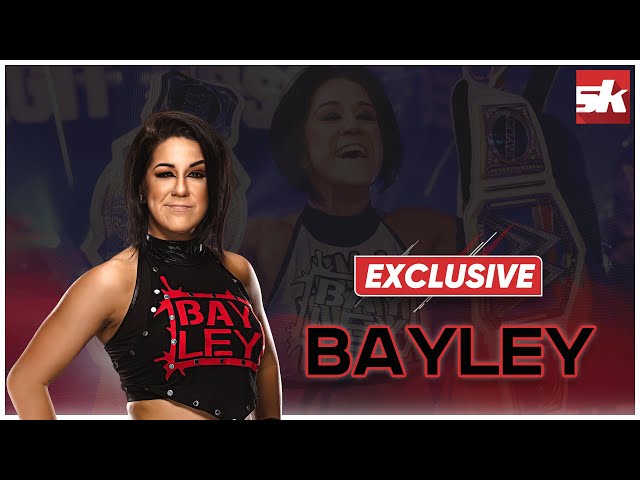 Do you think that Bianca Belair will beat Bayley’s record as the longest-reigning SmackDown Women’s Champion? Share your thoughts in the comments section.