Booker T has busted a recent rumor which stated that a portion of his recent A&E documentary discussing his WrestleMania 19 storyline with Triple H was removed. The two-time WWE Hall of Famer said there was no “racial issue” between him, Triple H and WWE, contrary to reports.

Booker T and Triple H were in a controversial storyline, which resulted in a match between the two at WrestleMania 19. The storyline had a racist undertone to it, where Triple H alleged that a criminal like Booker T could never become a world champion.

While speaking on his Hall of Fame podcast, Booker T dismissed a recent report by writer David Dennis Jr. who stated that he was to talk about the WrestleMania 19 feud but dropped out when he realized that A&E were not going to include it. Booker T said that particular part of his career wasn’t supposed to be in the documentary, so there wasn’t a possibility of it being cut.

“They talk about the story, and I understand that, but I never looked at my career and framed my career around a single match. I got paid more money for that match than I got paid for any match in my life. I’m not gonna complain about that. When people try to make something out of a racial issue between Booker T, Triple H, and WWE, someone is just trying to get some clicks. I just want everyone to know that, that was not what my story was about at the end of the day. My story is not about the dark side of WrestleMania 19. For people to want to make it about that, I get it and understand, but for me personally, that’s not what my career makeup is about,” said Booker T. (H/T Fightful) 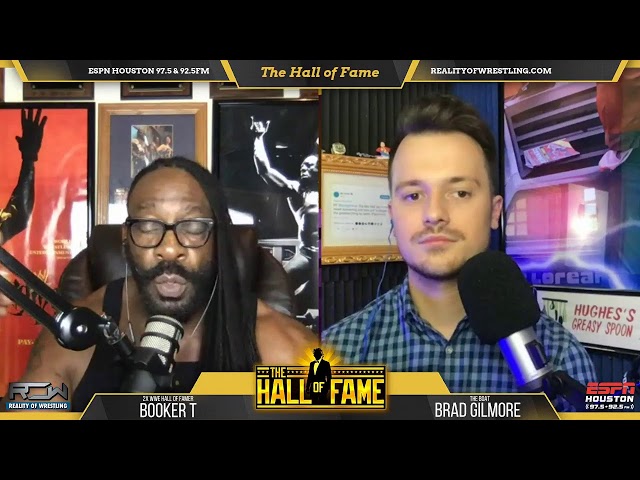 The match between Booker T and Triple H was for the World Heavyweight Championship, which The Game won.

Booker T is the latest WWE legend to have an A&E Biography on him, following Stone Cold Steve Austin’s.

In the biography, the two-time WWE Hall of Famer discussed his early struggles, including his brush with the law and then his long and successful pro wrestling career.