‘Do Bronx’ defeated Michael Chandler to win the vacant UFC lightweight belt after an 11-year-long journey in the promotion. His victory over Chandler couldn’t have been any more monumental since Oliveira had to compete in 27 UFC fights before earning a title shot.

Now that he is the new lightweight king of the UFC, barely anything can surpass the happiness of Oliveira and his fellow countrymen. An artist named Wilis Cavalcante proved precisely that.

Cavalcante painted a massive mural of Charles Oliveira in Guaruja. He told MMA Fighting he spent a total of 24 hours painting the mural.

“I woke up on Sunday without knowing the result of the fight. I got a lot of texts saying he won and it was so much celebration. I watched some highlights of the fight and went back to the wall to finish the mural. It was amazing,” said Cavalcante.

Charles Oliveira was born in 1979 in the small town of Guaruja, Sao Paulo, Brazil. The 31-year-old didn’t belong to a wealthy family and had to make lots of compromises to reach where he is today.

Despite climbing the ladder of success in the UFC, Oliveira hasn’t forgotten the place where he grew up. After his big win over Tony Ferguson at UFC 256 last year, Do Bronx came to the rescue of Guaruja citizens who bore the brunt of COVID-19 pandemic. Oliveira donated a ton of food packages.

The gigantic mural in return for Oliveira’s philanthropic efforts in Guaruja clearly reflects the love that the Brazilians share for the UFC lightweight champion. 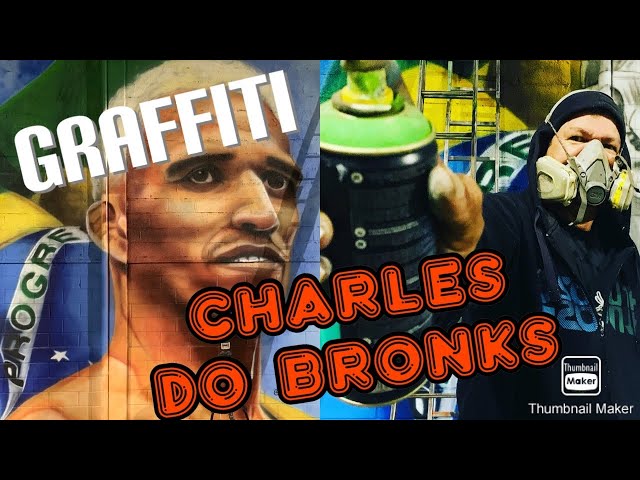 Do Bronx’s hard work and dedication to his craft ultimately paid off against Michael Chandler. His win at UFC 262 was his ninth consecutive victory in the promotion, making him one of the most decorated lightweights of all time.

Oliveira will likely defend his belt against the winner of the upcoming trilogy bout between Conor McGregor and Dustin Poirier, which will take place on July 10 at UFC 264.