Dutch Mantell recently revealed an interesting backstage story from his time in WWE. Mantell was managing Jake Hager f.k.a Jack Swagger at the time and revealed how he and Hager were the only ones to leave shows early. He also discussed how he convinced Hager to come with him.

A former world champion in WWE, Jake Hager left the promotion in 2017. He has since fought in Bellator and is currently signed to AEW.

On the latest edition of SmackTalk, Dutch Mantell opened up about how he and former WWE Superstar Jake Hager were the only ones to leave shows early. Mantell said it started a few weeks after he joined WWE at an event in Wisconsin:

“I love Jack [Jake Hager] but the whole time I rode with him, I did most of the talking. He just looked at me the whole time like, ‘Are you ***king nuts?’ I remember one day, I’d only been in the company three weeks, we went up north somewhere and it was colder than hell, I hate ice and snow, it was up in Wisconsin someplace… so we were on about fourth, so after the match I go and get ready and I said, ‘Hey, let’s go.’ He took his shower and he said, ‘We can’t go yet.’ I asked why not and he said, ‘They want us to stay and watch all the matches and learn.’ I said, ‘Listen, I’m gonna be in that car in five minutes and if you’re not with me, find your own way, cause I’m leaving and I’m not staying here.’ I said that if they get man, tell them to come to me. I said, ‘You would learn more from just riding with me and listening than watching these guys do what they have done a 100 times before and you’ve seen a 100 times before. Let’s go.’ He got in the car and so from there on out, we always left early. Nobody else left early. We took off,” Mantell said. 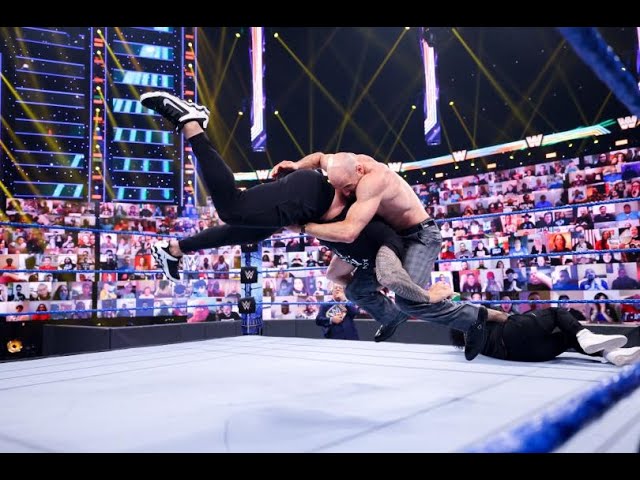 Dutch Mantell was later asked if Jake Hager had any heat for leaving shows early or if anyone in management came and spoke to him about it. Mantell said that one person had asked him about it once and he had explained that Hager would learn more by riding with him:

“Not a word,” Mantell said, “I told them one time when they asked me. I said that he’s going to learn more just by riding with me and listening. I’m giving him reasons why he should do certain things in certain situations. If he’s watching from the back, he’s not having the commentary in his head.”

Jake Hager is currently signed to AEW. He was a part of the recent Blood and Guts match on the latest episode of AEW Dynamite.

If any quotes are used from this article, please credit Sportskeeda Wrestling and embed the video.