Cesaro is currently getting one of the biggest pushes of his WWE career. The Swiss WWE star has been portrayed as one of the top babyfaces on SmackDown and is set for a title challenge at WrestleMania Backlash.

On the latest edition of Sportskeeda’s Writing With Russo, Vince Russo opened up about Cesaro’s decade-long run in WWE. Russo felt that WWE had dropped the ball with Cesaro over the years because they had not done much to develop his character:

“You’ve got a guy who’s been on the roster for about 10 years. This is not a jab at Cesaro or anything but you got a guy that’s a little bit vanilla. When I say vanilla, it’s because they have never really given him anything. I remember for about 15 minutes he was doing that Bond gimmick. That went no place. I don’t know, is the gimmick that’s he’s the greatest wrestler in the world? I mean, I don’t know what it is. After 10 years, after somebody has been presented the same way, let’s face it, he’s a black trunk guy. Okay, here’s Cesaro’s gimmick – he’s a great wrestler. Nobody’s arguing with that but how do we get him over? How do we make him larger than life?” 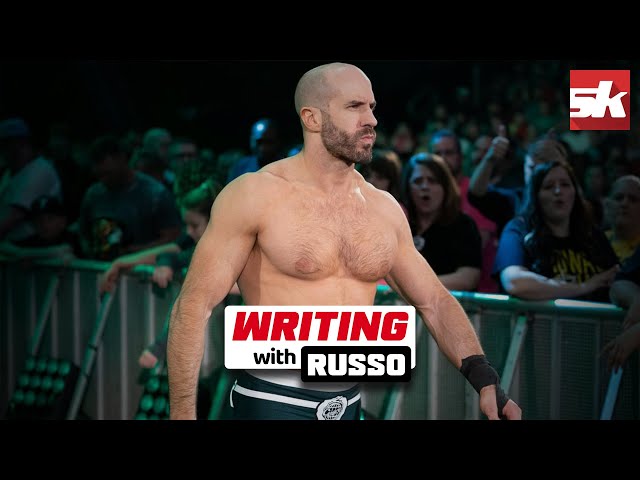 Cesaro has been embroiled in a feud with Roman Reigns in recent weeks along with his cousin Jey Uso. Jimmy Uso’s recent return has also complicated matters, with Jimmy not exactly seeing eye to eye with the Head of the Table. Matters came to a head on the latest episode of WWE SmackDown.

Roman Reigns caused Jimmy Uso and Cesaro’s match to end in a DQ win for Cesaro after he attacked the Swiss Superman. Cesaro ended up laying out Reigns as well as both the Usos. Things are now poised very interestingly ahead of WrestleMania Backlash.

Cesaro will get a shot at the WWE Universal Championship at the WrestleMania Backlash PPV later tonight as he faces Roman Reigns in the biggest match of his career.

If any quotes are used from this interview, please add a H/T to Sportskeeda Wrestling and embed the video.