On the latest episode of Sportskeeda’s Writing With Russo, Vince Russo discussed how he would book Cesaro heading into WrestleMania 38. Russo said he would make Cesaro a heel and portray him as sort of a throwback to wrestlers from the 70s. He also shared his idea as to who Cesaro’s WrestleMania 38 opponent should be.

“You have to take the hero of today’s style to take on the old school guy,” said Russo. “It’s gotta be one of those guys that doesn’t look like a wrestler. It’s gotta be Ricochet. It’s got to be somebody like that. That body type and that type of person.” 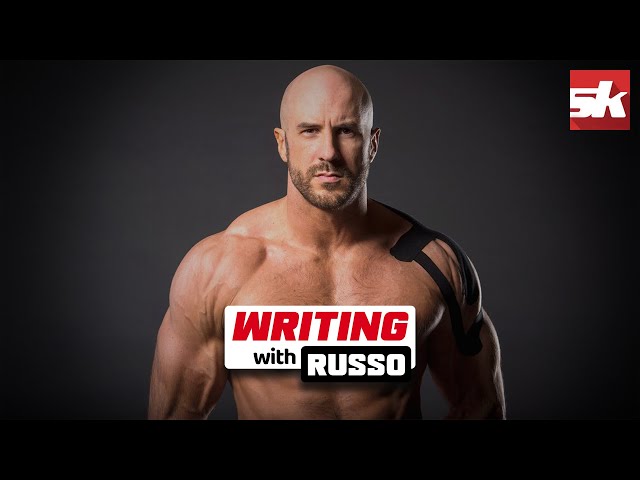 Speaking on how he would book Cesaro, Vince Russo gave more details on how he would lean on Cesaro’s look. He also provided some insight into other aspects of “The Swiss Cyborg.”

Vince Russo said that he wanted to present Cesaro as a throwback. He then descrobed how he’d like Cesaro to use some old-school moves like the eye gouge and the stepover toehold.

I think his appearance is [a] wrestler circa 1973,” said Russo. “I think there is no music and I’m talking of the whole nine yards of him going to Vince’s office, discussing the pay off. I’m talking about all the way with it. I swear that I’m shocked that nobody’s doing this.

“Very very basic,” Russo continued. “He’s not relying on the pyro and the ballyhoo. He’s relying on wrestling. He works that way locking a hold, do the eye gouge, when was the last time you saw on TV… bro, I used to love the stepover toehold. When’s the last time we heard the stepover toehold? That’s what I’m talking about. You can even do little vignettes with him demonstrating these moves.”

What do you think about Russo’s ideas for Cesaro? Sound off in the comments below.

If any quotes are used from this interview, please add a H/T to Sportskeeda Wrestling and embed the video.