Steveson has learned a lot from practicing with Lesnar, a fellow NCAA Champion at the University of Minnesota. It’s something that has probably helped him prepare for a future career with WWE.

Gable Steveson recently sat down with Morales Torres of Lucha Libre Online to talk about all things WWE. Steveson referred to The Beast Incarnate as the best thing that WWE has ever touched.

“Brock Lesnar, he’s one of a kind. I mean, I personally know Brock Lesnar myself,” Steveson said. “We practice together. We have pictures and everything else. To be able to know Brock… He’s probably the best thing that WWE has touched. He’s a physical specimen. He was one of a kind. I’m trying to make sure that I can be the be that next one-of-a-kind person. So following that and that journey, but do it in my own way, and be the best that I can in my own way. But to have someone like Lesnar be in my corner is crazy.

Gable Steveson continued by saying Lesnar will continue to pull him in the right direction on his wrestling journey.

“I know he wishes me good things and he’s gonna keep pulling me in the right direction,” Steveson added. “Brock Lesnar is one of the greatest things that’s happened to WWE. He’s done it all. I hope to do it all too. It’s hard to explain. You have to feel it yourself. Lesnar, he’s a specimen. He’s huge. He’s, I think, 41 years old. He can still step on the wrestling mat and do good things. I mean, him training with me is crazy. He pointed me in the right direction with all the things that I need to write to be a great one. And like I said, to be able to (train with Brock Lesnar), you got to feel it yourself to know what it’s like to wrestle Brock Lesnar.” 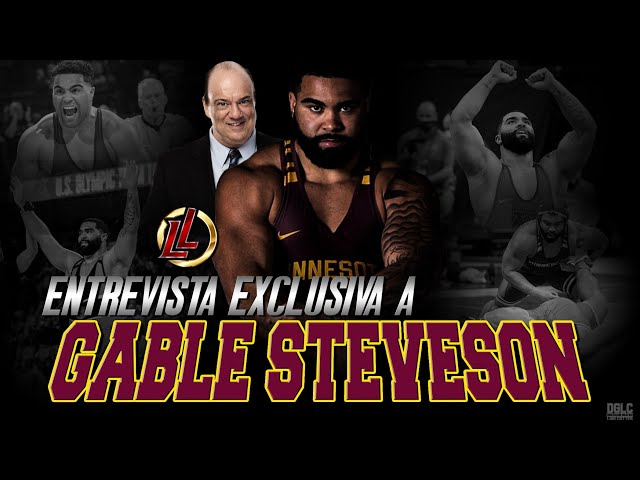 Some have speculated that Gable Steveson might pursue a career with the UFC instead of signing with WWE.

But according to Gable Steveson, WWE is his preferred choice. He believes that Vince McMahon can turn him into a future legend of the pro-wrestling industry.

“I think that’s a tough question for me, just because I’m not sure, but everyone knows that WWE is my top favorite,” Steveson said. “It’s always been my favorite. So I would say right now, WWE. But at the end of the day, fighting is always an option. What Vince McMahon does with the WWE and everything else is crazy. He makes Superstars, and he turns people into Legends. So that’s what I would like to be soon.”

Do you think Gable Steveson could become the next Brock Lesnar in WWE? If he signs with WWE, how long do you think he’d be in NXT, if at all? Let us know your thoughts by sounding off in the comments section below.