In the latest episode of Din Thomas’ YouTube series ‘Din Dairies,’ the former fighter went over to Florida to meet up with UFC lightweight, Michael Chandler. Chandler is currently preparing for a lightweight title shot against Charles Olivera at UFC 262.

In the video, Thomas and Chandler initially train together at Sanford MMA before going to Chandler’s house to watch some tape on his upcoming opponent. However, the conversation quickly shifts to how Chandler has to spend time away from his family to fight.

“How do you raise a black son?”

This leads to Thomas asking how Michael Chandler responds when people ask him how he raises a black son as a white man. Chandler’s response was considered and thought out. He stated the following:

“Well, I think it adds an extra wrinkle to it, obviously. Because of, you know, kind of different experiences in life. I can’t say I know what it’s like to be a black man in America. But I would say that number one, it goes back to whether he’s black, white or any race in between, how do I raise a good man?”

“A loving man, a joyful man. A man who believes in himself to do ridiculously amazing things with the gifts that God has given him. And then all of the other stuff will, I think, take care of itself. God will put people in his life who may be able to educate him more on the African American community or African American struggles,” explained Michael Chandler.

Michael Chandler went on to say that whilst he is attempting to do his own research on the matter, he does not want to overcompensate for it. 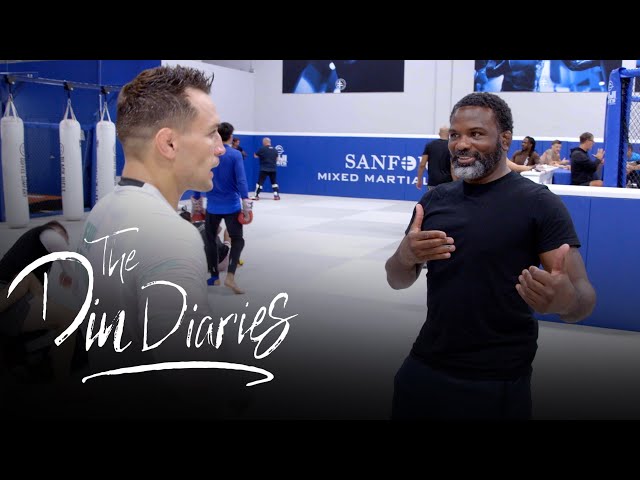 As Michael Chandler states in the video, he must be away from his son and wife whilst he travels to Texas to fight at UFC 262. Despite being only one fight into his UFC career, Chandler is already set to fight for the vacant lightweight title.