The saying goes ‘everything’s bigger in Texas,’ and that would appear to go for the UFC as well. Following a request from top-ten lightweight Tony Ferguson, the UFC’s fighter bonuses have increased significantly for UFC 262.

The news came via MMA reporter Aaron Bronsteter who reported, per Raphael Marinho, the following:

“I got lot’s of love here. I remember when Travis Browne, I think it was Travis Browne, he said, ‘Dana! I know we’re here for the performance bonus meeting,’ and he says, ‘you know everything’s bigger in Texas, Dana, right?’ Right, you remember that. And he said, how about a bigger bonus? So I’m gonna ask you Dana. Since we’re here like last time, can we get a bigger bonus this time. If we go out there and get a f***ing bigger fight. Can we get it, can you get it. Let’s get it.” 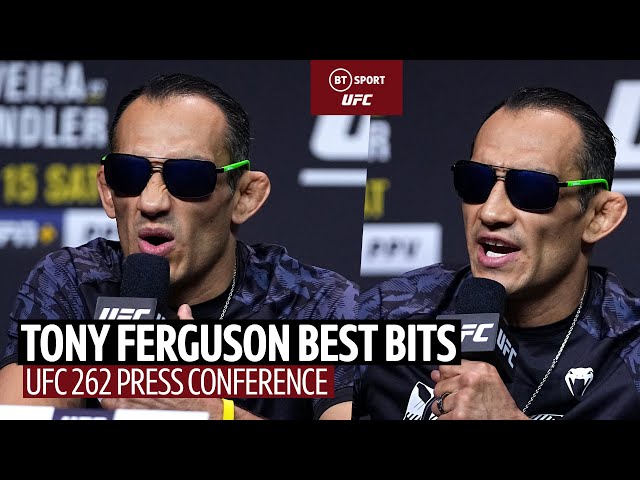 UFC 262 is a card that will no doubt be filled from top to bottom with potential bonus-earning fights. The main card has several matchups that have fight of the year potential – on paper, at least.

Chief among them is the UFC’s lightweight title bout between Charles Olivera and Michael Chandler. Oliveira holds the UFC record for the highest number of submission finishes, while Chandler is coming off a stunning first-round KO victory over Dan Hooker.

Another potential FOTN contender is Ferguson vs Dariush, the card’s co-main event. Ferguson has made himself a fan favorite by putting on unique performances that are always exciting, while Beneil Dariush’s shocking finishes over Scott Holtzman and Drakkar Klose were both in contention for KO of the year in 2020.

Featherweight strikers Shane Burgos and Edson Barboza are also likely to be in the running for a post-fight bonus. Barboza’s arsenal of kicks have created some of the all-time greatest finishes in the organization’s history.