With Pokemon GO bringing back Mega Houndoom as a Mega Raid Boss, it is a great opportunity for players to look towards catching Houndour, Houndoom’s base evolutionary form.

The Dark/Fire-type Pokemon hailing from Johto has appeared infrequently in the wild, mostly during events pertaining to Dark-type Pokemon. It has additionally been spotted at times in the rotation of Team GO Rocket Grunts’ battle teams. Outside of these situations, Houndour isn’t a frequent spawner in the wild, meaning Pokemon GO trainers determined to get a Houndour with great IVs, moves, or just in its Shiny Form will need to hone in on these areas primarily. 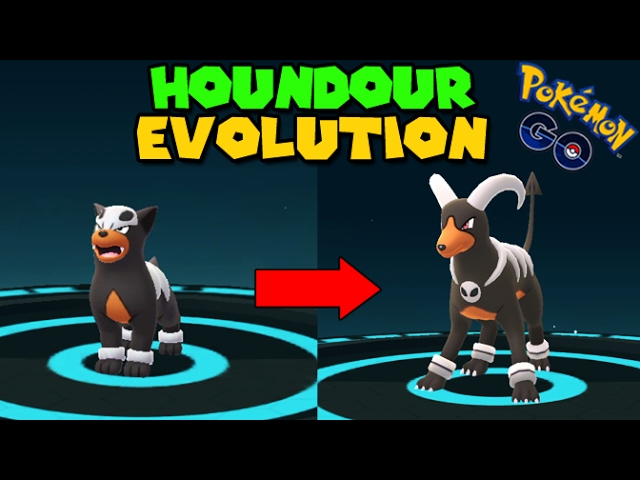 Fortunately, there is an upcoming event that will make finding Houndour easier.

With Pokemon GO’s Luminous Legends X event coming to a close soon, trainers will be introduced to a little bit of a flip side to the Pokemon spawns that have dominated the month of May. Beginning on May 18th, 2021 at 10:00 a.m. local time, Pokemon GO’s Luminous Legends Y event will kick off in earnest. The first part of the event will focus on Dark-type Pokemon and Team GO Rocket encounters. In addition, Kalos region Legendary Pokemon Yveltal will appear as a Raid Boss, much in the way its Pokemon X counterpart Xerneas did during Luminous Legends X.

How does this tie back to Houndour? Since half of Houndour’s type is Dark, it meets the criteria to appear more often in the wild during Luminous Legends Y. While it will likely have to compete in a fairly sizable pool of potential Dark-type Pokemon spawns, its inclusion in the event will nonetheless improve its chances of appearing in the wild compared to Pokemon GO’s typical rates.

Niantic has also stated that “(Team GO Rocket) Grunts will be changing up their battle strategies” for the event. While it’s unclear as to what exactly this may indicate, one could speculate that this means GO Rocket Grunts may be switching up their battle teams once again, giving Houndour the chance to appear in their rotations more often.

Some have also wondered if Niantic’s post means GO Rocket Grunts will appear more often, or confront trainers multiple times in one outing, similar to what Jesse and James once did during a previous promotion. Whatever the case, the indications made by the developers doesn’t seem to hurt Houndour’s chances at being made more available.

Houndour is a tricky find in the wild without help, and the love that Dark-types are getting during Luminous Legends Y may be the best bet for trainers to find and catch it for a good while. It will still come down to chance percentages at the end of the day, but the current chances are much higher now than they likely will be in the future.

RELATED: Is Mega Houndoom worth it in Pokemon GO?