As Fortnite players are asked to return to Raz, several separate storylines continue to unfold, adding to the continued development of the most intriguing Fortnite Season yet.

Return to Raz Fortnite: How to complete all Spire Quests in Season 6

Once again, Fortnite players have been called to the central Spire to engage in battle so they might learn just a bit more about Raz, the Cube, and how to free The Foundation.

After completing the quests from Colossal Crops’ Raz just a few weeks ago, loopers are now facing the challenge of defeating the new Glyph Master Raz NPC located at the main Spire.

Popular Fortnite content creator Tabor Hill on YouTube has graciously provided viewers with a step-by-step guide to defeating the Glyph Master Raz and unlocking the very same Raz skin variant for players who are successful. This article provides a breakdown for players who want quick information, as well as important tips Tabor Hill dropped for players along the way. 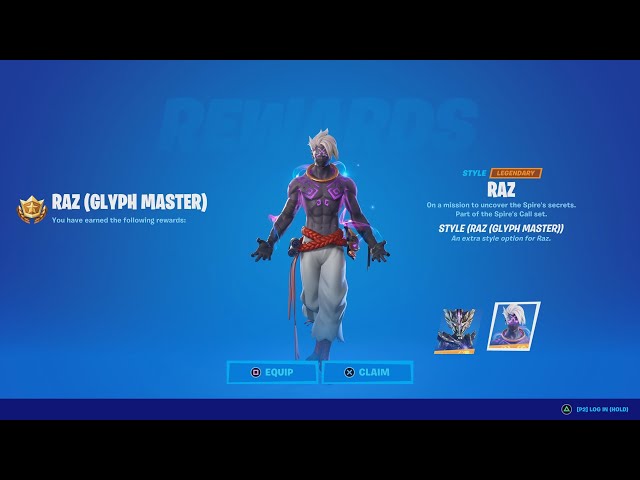 To begin these newer quests that require loopers to return to Raz, players will need to complete the previous Spire challenges that resulted in defeating Jonesy the First, which was covered previously here.

Tabor Hill notes that some players had a glitch that kept them from being able to complete the Jonesy the First Dueling Quest, so Fortnite loopers should ensure they have successfully done so before continuing.

Tabor Hill was given bad information regarding being able to earn the Glyph Master skin variant before doing all of the events listed below. Players who are ready to return to Raz in his the Glyph Master form should begin with the following quests in the order they are listed.

Tabor Hill suggests stocking up on shields and ammo before engaging with the difficult NPC boss.

Players who manage to successfully return to Raz and defeat his Glyph Master NPC form will be rewarded with the Glyph Master Skin variant. It is important for players to understand that, according to Tabor Hill, Glyph Master Raz can only be defeated by one player once per game. This will add to the already competitive mission of players hoping to return to Raz at the center of the map to collect their artifacts.

I finally defeated Glyph Master Raz in Fortnite, and when I say that I’m the happiest girl on the planet right now, I really mean it. He’s probably the hardest boss that I’ve ever gone against in a video game so far.

Though the list of requirements is short, players attempting to return to Raz to complete these challenges and unlock the Glyph Master Raz skin variant can expect a high level of difficulty while working towards discovering the latest developments in the Zero Point’s storyline.