UFC Middleweight champion Israel Adesanya recently hosted a Q/A session on his YouTube channel. The last question of the session was about Israel Adesanya’s thoughts on fighting Marvin Vettori for the second time and allowing the latter a shot at the title instead of Robert Whittaker.

Marvin Vettori is currently on a 5-fight win streak. His last loss in the UFC was against Israel Adesanya back in 2018, when both the fighters were climbing up the Middleweight ranks.

‘The Italian Dream‘ was scheduled to face Paulo Costa in April 2021, but the latter pulled out of the bout. Vettori then fought #13 Kevin Holland and won the fight via unanimous decision.

Robert Whittaker, too, faced his last loss at the hands of Israel Adesanya at UFC 243 in October 2019. But Bobby Knuckles bounced back with a vengeance after some time off the grid. He returned in July 2020, and beat Darren Till, Jared Cannonier and Kelvin Gastelum to re-enter the title picture.

‘The Last Stylebender‘ Israel Adesanya believes that these are the factors that warranted Robert Whittaker to get a title shot before Marvin Vettori. He said:

“So, for me, honestly, I wanted to fight Rob again. Vettori was number 6. He beats a random top-10 guy and jumps up to number 3. I was like, How the f**k does this guy deserve to fight for the belt?’, you know? Like I said on earlier, he has been treating his loss to me like the biggest win of his career. And Rob actually just did the work, beat the top contenders, and then got to this point. So I wanted to fight Rob again.”

Having commended Whittaker for his efforts, Adesanya also revealed that the Aussie wasn’t ready for a face-off in June. It was Vettori’s availability that tilted the balance in his favor.

“But, unfortunately, like I said, Rob is an inactive guy. He likes to just fight and then f**k off. Same thing he did when he was champ. But, yeah, I like to fight. So Rob said September, Vettori said October. I said, ‘Look, who wants to f**king fight in June? Who wants some smoke in June?’ And Vettori stepped up,” Adesanya said. 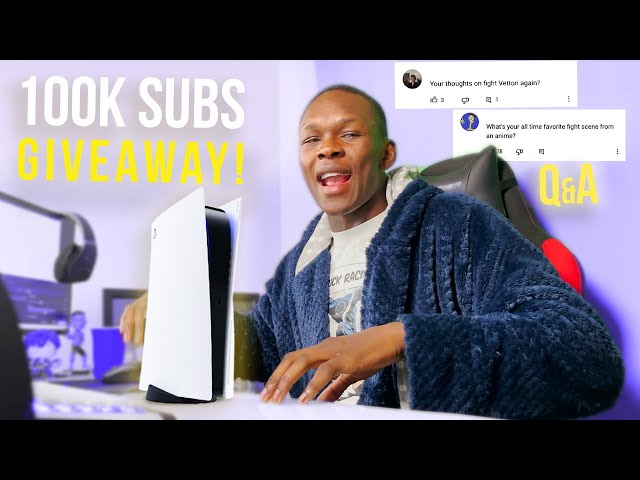 Israel Adesanya admitted that he was not particularly happy about fighting Marvin Vettori again. He believes it wasn’t a close call when they last fought, though it ended in a split-decision.

It was, however, Kamaru Usman who inspired him to fight Marvin Vettori and make a better case for himself. Adesanya said:

“I wasn’t too happy about it. I was like, meh. But then, I saw my man, my brother Kamaru Usman. I saw him fight Jorge. He beats him, then goes up and fights someone else- there’s his close friend, Gilbert Burns- knocks him out, and then demands to fight Jorge to prove a point, and then goes out there and proves his point. Finishes him. Like he said. I’ve taken inspiration from Kamaru. I’m gonna shut this mother****er [Marvin Vettori] up.”

How do you think their showdown will go this time around at UFC 263? Let us know in the comments section!