Jake Paul is confident that Michael Chandler will emerge victorious against Charles Oliveira in the main event of UFC 262. The YouTuber said he was surprised by Chandler’s stunning performance on his UFC debut, which is why he expects him to beat Oliveira.

Paul is currently helping his brother Logan train ahead of the latter’s much-awaited boxing showdown opposite Floyd Mayweather.

In his recent interaction with Chael Sonnen, Jake Paul weighed in on who he thinks will become the new UFC Lightweight champion. The 24-year-old believes Chandler will get the better of Oliveira at UFC 262.

“I got Chandler. I think Chandler has got this beast mode inside of him. He has got that overhand right. I was expecting Dan Hooker to win and he (Michael Chandler) just ran through him. We’ll see what happens. I’m excited for that fight,” said Paul. 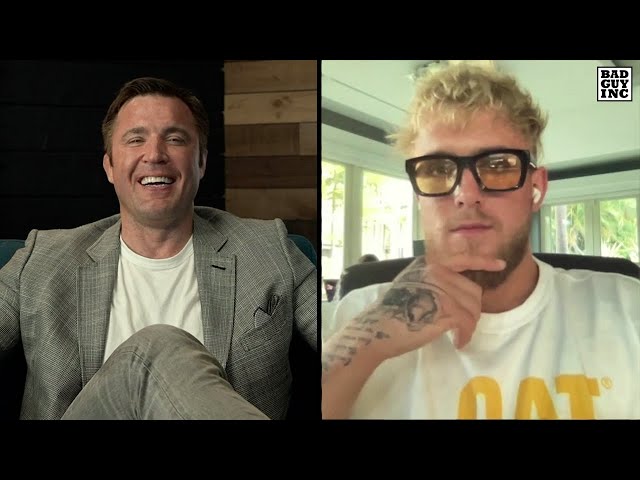 Chandler and Oliveira are set to headline UFC 262, which will take place on May 15, 2021, at the Toyota Center in Houston, Texas.

Both Lightweights are coming off impressive wins in their previous fights. While Chandler shocked the MMA world after finishing Hooker in the first round at UFC 257, Oliveira put on a dominating performance opposite Tony Ferguson at UFC 256.

Jake Paul opens up on his confrontation with Daniel Cormier

In the same interview with Chael Sonnen, Jake Paul addressed his much-debated confrontation with Daniel Cormier. Paul, who was in the stands at UFC 261, was confronted by Cormier midway through the event.

According to Jake Paul, Cormier was just trying to intimidate him to see if he really stands his ground.

“It was crazy to me. I was like, ‘Is this guy really doing this right now?’. I’m just here as a spectator. He comes over and I’m like, ‘Daniel, you’re playing in into my gameplan here. You could have just ignored me’. I think he was just trying to intimidate me. I think he was really trying to check if I was gonna get scared,” said Paul.

Cormier later stated he would be open to challenging Paul to an MMA fight. The former UFC double champion added he wouldn’t mind cutting his weight to 205 pounds just to fight Jake Paul.