The UFC’s latest breakout star, Jiri Prochazka, established himself as a top contender in the light heavyweight division by knocking out former title challenger Dominic Reyes at UFC Vegas 25.

However, with current champion Jan Blachowicz scheduled to face Glover Teixeira next at UFC 266, questions have been raised as to who Prochazka’s next opponent will be.

Aleksander Rakic would seem like the most fitting candidate, ranked just behind Prochazka at number three and coming off a win over Thiago Santos.

Prochazka’s thoughts on Jon Jones as an opponent:

The question that gets poised for every top LHW contender at some point or another is how they would fare against Jon Jones. Jones reigned over the 205lb division for years before vacating his belt in 2020 to move up to heavyweight.

This does not stop interviewers from asking fighters like Prochazka their thoughts on a potential matchup with the former champion. In a recent interview with RT Sport, that is exactly what was asked of Prochazka, who stated the following:

However, on the topic of whether it is likely they will ever meet at 205lbs, Prochazka was not overly positive, stating:

“I think he hasn’t got the motivation for light heavyweight and he needs some change in the fighting lifestyle or whatever.”

With Jones’ immediate future being set in the heavyweight division, it would not be outlandish to question whether Prochazka might one day move up to meet him there. ‘Denisa’ had the following to say:

“Maybe, maybe. But now I feel like my weight is.. I feel better at light heavyweight. My normal weight is around 100 (kilos) and when the fight is coming, like the last time now, my weight is cutting down a little bit. Day by day.”

Prochazka has his sights set on Blachowicz:

Jones may be a fight for the future, but right now, Prochazka is looking to test himself against UFC light heavyweight champion Jan Blachowicz.

“I’m looking for the toughest fighters. And the toughest fighter, the first one was Volkan Oezdemir. He was great but I think there is a better opponent before him. Dominick was one fo the greatest in the light heavyweight division. His style is very unqiue and very dangerous. And the next one I think, now, in our light heavyweight division, is Blachowicz.” 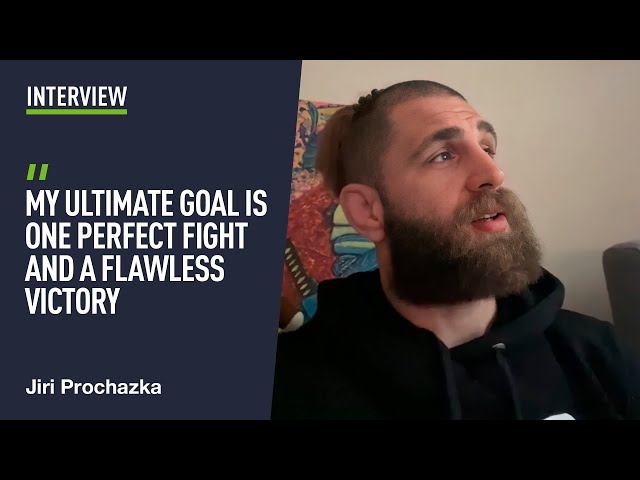