Randy Orton’s cinematic storyline with Bray Wyatt and Alexa Bliss comprised a major chunk of his recent WWE stint. Although he has seemingly moved past that bizarre program since WrestleMania 37, Orton commented on the concept of cinematic matches not too long ago.

During Randy Orton’s newsworthy appearance on The Kurt Angle Show, Conrad Thompson asked the 14-time world champion regarding his opinion on cinematic matches. Orton admitted that he wouldn’t have been so keen on this concept before its relatively recent boom in terms of popularity:

“If you would ask me that same question a year or two ago, I would have sh** all over the whole cinematic matches thing,” Orton said.

“I remember, I guess, ‘Mania 36, watching Cena versus Bray – I thought that was brilliant,” Orton added. “I don’t know if this has come out in an interview or anything, but I think Bruce Prichard and John Cena were up at the warehouse in Connecticut and they were walking around just trying to think of how they were going to do this and how they were going to make it different.” 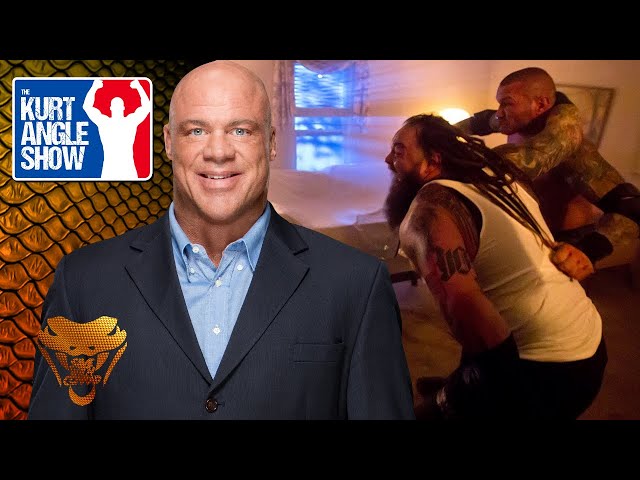 Randy Orton pointed out how the Firefly Fun House match presented a different timeline for John Cena’s history in WWE. He thought Cena and Wyatt’s cinematic match was “awesome” for its uniqueness, in general.

While the Firefly Fun House match took place on the second night of WrestleMania 36, the Boneyard match between AJ Styles and The Undertaker was the first night’s main event.

On The Kurt Angle Show, Randy Orton praised the Boneyard match as well. The Undertaker’s cinematic contest with Styles ended up being the former’s final WWE match, and Orton thought it was a great way to end a legendary career:

“The Undertaker versus AJ match – I thought it was awesome and I thought it was great for ‘Taker to go out in that manner, and it was different,” Orton stated. “I feel like people will remember it more. That man’s [The Undertaker] had ten thousand matches, give or take a few, and that one was different than all those other ones. I think that if it’s done right with the right talent and the right story, I think that the cinematic matches thing works.”

Randy Orton acknowledged that WWE could easily overdo the concept of cinematic matches. However, Orton said he is now a fan of WWE’s emphasis on theatrical elements whenever the circumstances are right.

If any quotes are used from this article, please credit ‘The Kurt Angle Show’ with a H/T to Sportskeeda Wrestling for the transcription.