Where ever The IIconics end up after their 90-day no-compete contracts with WWE end is anybody’s guess. But wrestling fans would prefer to see them untied regardless of where they end up.

During a recent interview with Louis Dangoor of WrestleTalk, Shawn Spears opened up about the possibility of seeing The IIconics sign with AEW.

“Those kind of questions are a little above my pay grade,” Spears said. “Being biased and obviously being selfish, of course I think both of those women individually are incredible talents, but collectively they are over the moon in terms of talent. I don’t need to sell Cassie Lee or Billie Kay, I don’t need to sell any of those guys to you. You know what they are capable of, you know how highly entertaining they are, and when it comes to in-ring ability, they just complement each other so well.”

Shawn Spears would love to see The IIconics in AEW 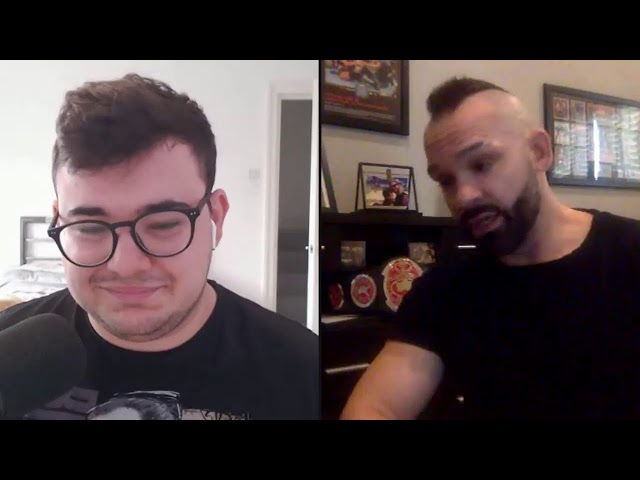 While Shawn Spears openly admits that things like this are above his paygrade at AEW, you can tell it would mean a lot to him to see The IIconics sign with AEW.

“In terms of where they’ll show up (mimics praying), Tony, why not?” Spears said. “But again, those things are above my pay grade. When things like that happen, and they happen to everybody, I tell everybody this not just those two, but I’ve been released before. Everybody loses their job at some point, you’re either there for 30 years and they give you a gold watch and you retire or things happen. The main thing is how you bounce back.”

Spears also backed both Cassie Lee and Billie Kay to bounce back quickly after their WWE releases.

“Really good individuals, really strong-willed individuals and people with even a chip on their shoulder, they have a tendency to bounce back and land on their feet, and those two women are going to land on their feet without question. Wherever they go, they’re going to be on TV together somewhere. So selfishly I’d like us to get ahold of them first, but wherever they go they’re going to make a massive impactful debut. I expect nothing less from those two,” Spears added.

Regardless of where The IIconics show up, you can bet that they’re going to Vince McMahon that he should have never broken them up in the first place.

Do you think AEW will sign The IIconics this summer? Or do you think they’ll end up in a company like IMPACT Wrestling? Let us know your thoughts by sounding off in the comments section below.