Logan Paul has sent out a message to his and Jake Paul‘s detractors. In a recently uploaded vlog on his YouTube channel, Logan explained how he has improved at boxing by putting in actual hours and dedication into his training.

Logan Paul added that he and Jake have gotten good boxing over the past three years. The elder Paul brother claimed that Floyd Mayweather‘s underestimation of his boxing ability was his biggest advantage heading into the fight. 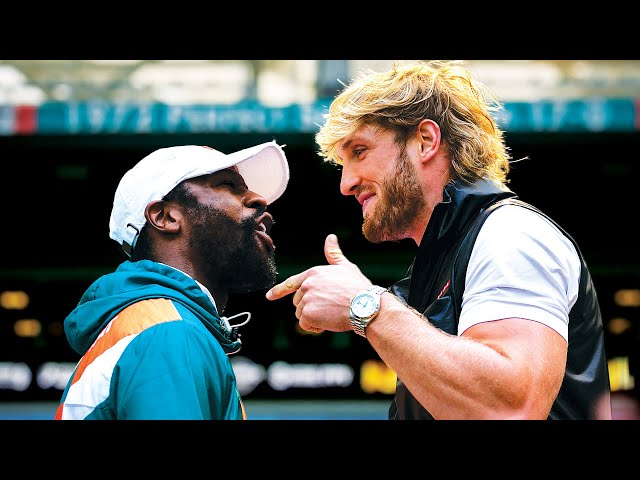 Logan Paul also stated that the secret to Jake and his success is the fact that they usually tend to outwork everyone else. Hence, critics are always mad that the Paul brothers are winning at everything they try. Logan said:

“People just underestimate the amount of work we put into this sport. Like the amount of actual hours and dedication, what we put our body and minds through to make this happen. For the past three years we actually got good at this s**t and I think that’s Floyd’s biggest mistake and my biggest advantage going into this fight. Floyd really underestimates me, we got f***ing dangerous at this sport. You do anything for three years, you’re gonna be good at it. I just outwork motherf*****s. That’s my secret, that’s Jake secret too, and everyone’s so mad that we’re winning.”

Logan Paul and Floyd Mayweather recently came face-to-face for the very first time at Hard Rock Stadium in Miami, Florida. The two men went back-and-forth for a while before Jake Paul became the center of attraction again after causing another controversy.

The younger Paul brother confronted Mayweather and snatched the latter’s hat. The move sparked a huge brawl between the two men and Jake ended up being jumped by Mayweather’s team.

Logan Paul has competed twice inside the boxing ring, with both of his matches being against fellow YouTuber KSI. The first fight between the two men ended in a draw, with the rematch going in favor of the Brit.

On June 6th, Logan Paul will be aiming for his first victory in the boxing ring when he steps up to face the undefeated Floyd Mayweather.