The ongoing court case between Epic Games and Apple brought to light a lot of interesting details with respect to Fortnite collaborations. The current season hasn’t had many collaborations so far and will not see any. However, the same cannot be said for Fortnite Chapter 2 Season 7.

The upcoming season may see a good deal of collaborations, some of which have been featured in the document. 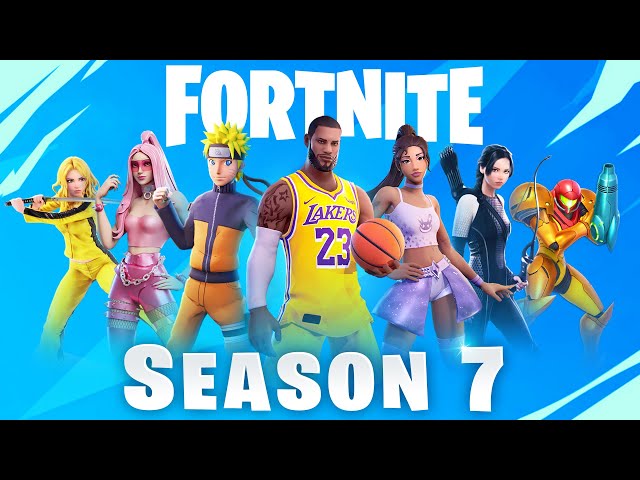 First things first, a lot of potential skins for Fortnite were leaked in the document. The document talked about a Naruto Uzumaki skin and a Dwayne “The Rock” Johnson Icon Series skin.

Now, many fans believe that The Rock is the voice actor for the Foundation. If that happens to be the case, then The Rock may soon get his own icon series skin.

As for sports stars, Neymar Jr. is the secret skin for the current Battle Pass. However, he was supposed to arrive in Q3 last year. LeBron James was also mentioned in the files. Neymar Jr. appeared with Fortnite Chapter 2 Season 6, and it’s highly likely that LeBron James will be seen next season.

Coupled with the LeBron James skin, the basketball mini-game will be a wonderful addition to Fortnite. Other than that, the document contained information about a possible Icon Series skin for Lady Gaga and Ariana Grande.

If these two pop stars get their own Icon Series skins in Fortnite, then their concerts may be on the cards as well.

Finally, those who’ve been playing Fortnite regularly will have noticed that the battle lab is missing from the game. Epic Games removed it intentionally and will probably be replacing it with a new open-world sandbox mode.

There’s no information on if this mode will replace the battle lab completely or coexist with it. Either way, it does look very interesting.

According to Epic Games’ Stipulated Exhibits Documents, the map that i tweeted about a week ago is apparently for an Open World Simulation Sandbox Mode! (@HYPEX) pic.twitter.com/aNgVWYVxhE

As of now, these are the leaks surrounding Fortnite Chapter 2 Season 7. These leaks may or may not be true. Since most of these features were planned for last year, some of them may have been scrapped already, so it’s really difficult to say which one is real and which one isn’t.

Keeping that in mind, readers are requested to take this information with a pinch of salt.