The backup fighter for the upcoming title clash between Jan Blachowicz and Glover Teixeira at UFC 266 is none other than Jiri Prochazka. The Czech fighter has said that his team is in touch with the UFC regarding him being a last-minute replacement for the UFC 266 headliner.

Prochazka is coming off a stunning win over Dominick Reyes. ‘Denisa’ defeated his American opponent with a brutal spinning elbow that sent ‘The Devastator’ straight to the canvas.

With his win over Reyes, Prochazka had thrown himself into the title picture of the light heavyweight division. Currently, he is ranked No. 2 in the 205-pound weight class.

In a recent interview with James Lynch for Fanatics View, Jiri Prochazka shed light on his chances of being the backup fighter for the Blachowicz vs. Teixeira clash.

The 28-year-old said he could be competing for the light heavyweight title as early as September.

“We are in negotiation with the UFC about that,” Prachozka said. “If somebody from the fight (Jan Blachowicz vs. Glover Teixeira) will be out (I will replace him). We communicate with the UFC about this and we will see. I want to be that guy who will wait for that chance.”

In the same interview, Jiri Prochazka briefly spoke about when he could step into the Octagon if the UFC 266 main event continues to go as planned. The former Rizin champion said the ideal time for him to make his return would be in October or the next two months.

“The best time for me to fight again… around October,” Prochazka said. “I think October or November or December. I think that will be the best time because now I have some school exams. And I want to take time to rest a little bit for one or two weeks somewhere on the beach. Then start again to focus to be ready.” 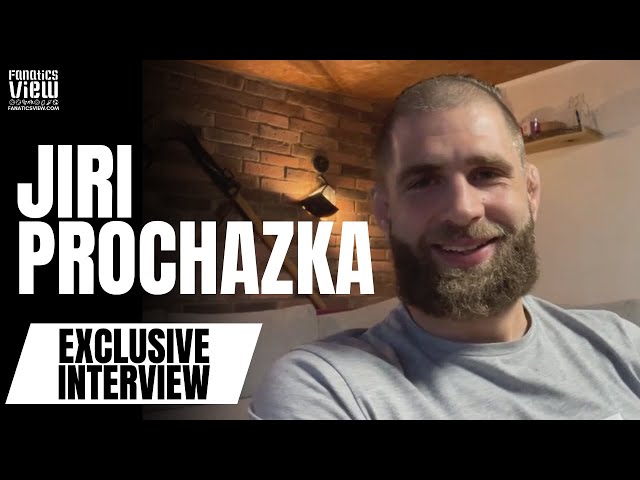 Jiri Prochazka made his UFC debut last year against Volkan Oezdemir, whom he finished with a KO in the second round. His overall professional record stands at 28-3-1, out of which 25 of his wins come by way of KO/TKO.