Back in 2020, EXO Clan not only won the Valorant First Strike Oceania but also became the top Valorant roster of the region. The person leading the team was none other than the Australian-Malayasian professional esport player, Iyengaran “IyeN” Raju.

IyeN started off his professional esports career as a Counter-Strike: Global Offensive player for Citadel Gaming. Since then, he has played for multiple organizers in the Oceania region, including Corvidae and Chief’s Esports. 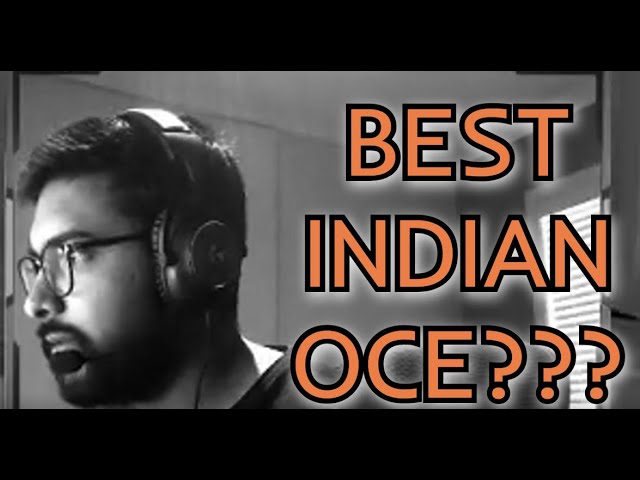 After a year of absence, IyeN reignited his passion for competitive esports and Joined EXO Clan as a Valorant player. He, along with his team, won numerous tournaments, including the Valorant First Strike Oceania. At the start of 2021, he moved to North America and joined Susquehanna Soniqs.

In an exclusive conversation with Sportskeeda Esports’ Suryadeepto Sengupta, IyeN opened up about his journey from Counter-Strike to Valorant, and his achievements.

The following is an excerpt of the conversation.

Well, first things first, tell our readers who exactly Iyengaran “IyeN” Raju is. What has your journey been like, and what made you realize that you wanted to seek a career in professional esports?

IyeN: Well I’m just an ordinary young man who loves playing video games. I grew up playing the original PlayStation console, and then slowly moved to the PC as I started growing up. As a kid, I used to compete in many sports and was always super competitive. So once I got some experience playing video games, the competitive spirit in me automatically kicked in and made me strive to win and be the best. I realized that I didn’t just wanna do a normal 9-job, rather I wanted to see if I could try out something different in life. Esports gave me an option to do that. So here I am trying out professional esports full-time and let’s see where it can take me.

What were some of your most memorable childhood experiences with gaming? Other than FPS esports, what other genres or series of video games did you enjoy?

IyeN: I started off playing games on the PlayStation 1 console. My favorite game was definitely FIFA. I think I’ve played all of the FIFA games since 2004/2005 onwards. I remember often playing against my brother and we would just always try and beat each other. I also loved playing Crash Bandicoot, Mortal Kombat, and a few other games.

From Citadel Gaming to Chief’s Esports Club, how did your journey as a young CS: GO professional begin? Talk to us about the initial days of your grind, and what your mindset was like at the time, compared to what it is today.

IyeN: So my first competitive game on the PC was Call of Duty: Modern Warfare 3, and once the COD scene died, everyone started to slowly move over to CS: GO. I started putting in some hours on CS: GO, just to try and hit the global elite, which I eventually did. Slowly getting into Private lobbies, getting to know people, and joining teams. That’s how it all got started. I wouldn’t say the mindset has changed between back then and now, the mindset was and is that I always want to try and be the best and win, but that is easier said than done.

What was the thought process behind switching from Counter-Striker: Global Offensive to Valorant?

IyeN: I quit Counter Strike about 6 months to a year before Valorant came out, to finish my engineering degree. The funny thing is, if it was not for COVID-19, I wouldn’t even be playing Valorant today. Everyone in Melbourne, Australia went into full lockdown, and I started playing a lot of games again, as I couldn’t leave the house. Then Valorant came out, which was just really good timing.

You started your Valorant career as a player for the EXO Clan roster. During your time with EXO Clan, you won several tournaments, including First Strike Oceania. Can you tell us about your experiences as a player during that time and how it helped you grow?

IyeN: Being the best in the whole region is no easy task, and we as a roster worked really hard in order to achieve that. Not everyone in my roster has much high-tier competitive CS experience, so at the start, it took quite a bit of work but after a while everything slowly started coming together and we were dominating the OCE scene. I definitely grew a lot as a player as I started learning a lot more of the game, being the in-game leader and studying the game, and just trying to be smart in general in-game.

Back in January of 2021, your entire roster including Bob “Bob” Tran, Chris “pl1xx” Li, Kyran “dizzzyLife” Crombie, and Ethan “Crunchy” Laker got recruited by your current organization Susquehanna Soniqs. How has the organizational change affected the roster?

IyeN: Well, the main and only reason we changed organizations is we moved to North America. And that couldn’t have ever happened if it wasn’t for Soniqs so we truly appreciate everything they have done for us and will not take this opportunity for granted. Moving to NA brought the roster a lot more opportunities and we will continue working hard in order to achieve our goals.

Currently, you are the in-game lead for the Susquehanna Soniqs roster. How has that experience helped you grow not only as a player but as a shot-caller as well?

IyeN: It has helped me grow a lot as a player. In-game leading is a big role in a team and it teaches you a lot of things like patience, reading the game, and other things. Overall i have definitely become smarter as a player and that is thanks to shot-calling.

Who is your preferred agent, and how does the agent compliment your gameplay style?

IyeN: Well, when I first joined the roster I was just put on Cypher because we needed a sentinel player and ever since then I have just stuck with the sentinel role in the team. Also the sentinel role really also helps with the lurking playstyle that I love which is perfect for me.

You have grown to be one of the most recognizable Valorant players in Australia. Where do you see yourself in the next 5 years?

IyeN: What’s most important to me is the team’s success. Nothing else matters to me in Valorant apart from winning. 5 years is a long time and I don’t really know what life can throw at me then we shall see but ideally, hopefully still esports being my career.

Are you aware of the Indian professional esports scene, which has a substantial focus on Valorant as an esport?

IyeN: The funny thing is I was there at the Zowie extremes and event and watched Forsaken cheat and get banned. I was playing for Chiefs CSGO in that event. I know of some of the players that play now in Valorant and I talk to Rite2Ace a little because I met him at that event too. Apart from that, not too much.

You have professionally played both Counter Strike: Global Offensive and Valorant. How do you think each of the games sets itself apart?

IyeN: I think they are many similarities but also a lot of differences. The basic shooting mechanics and how to win or lose rounds are very similar, so CS experiences will help a lot. But the game is also a lot more teamwork-based because of agent abilities and it’s harder to solo carry in valorant compared to CSGO.

Valorant has risen to be one of the more popular esports titles within just a year of its launch. Do you think the game has long term sustainability potential, or will the player count reduce to a much smaller but stable number over the years?

IyeN: I think any game that is made by Riot Games will have long-term sustainability because Riot knows how to frequently update their games and keep them fresh which is the most important part.

What is your take regarding the ongoing Valorant Champions Tour?

IyeN: I think VCT is great, especially since Valorant is a brand new game, and the fact that Riot has already focused so much on esports this early just shows that they are fully supporting esports and want to make it big for Valorant

Any words of wisdom for the upcoming generation of esports players?

IyeN: Like anything, if you want it bad you have to work hard for it. Also, make sure when you work hard you are working smart. Also start building your brand so people recognize you.