Vince Russo recently discussed his WWE departure in 1999 and what made him decide to leave the promotion. Russo also revealed details of how a conversation with Vince McMahon helped him make up his mind about leaving WWE.

Vince Russo is a former head writer for WWE and WCW. He held major creative roles in both promotions during the Monday Might Wars. He later also held a creative role in TNA.

Vince Russo recently had a fascinating chat with James from That 90’s Wrestling Podcast. During the interview, Russo was asked about his departure from WWE and what led to it. Russo said that money wasn’t really the issue.

He added that Vince McMahon not informing him that WWE was getting a new show, WWE SmackDown, played a big part in his decision to leave. Russo also explained that the workload was just too much:

“It was not a money thing. First of all, number one, we were upset because Vince [McMahon] told us after the decision had been made. He never asked, “You guys, do you think you can write…?” Never had that discussion with us. So it’s dropped on us and it’s already a done deal, so that p*ssed us off. What we were more p*ssed off about, more than anything, I said it to you earlier in the interview, we took such great pride in how great RAW was and literally putting our blood sweat and tears into that show. We can’t do that with another show. It would have been mentally, physically, emotionally impossible.

“So right away, Ed Ferrara and I were like, “Wait a minute, we can’t make SmackDown as good as RAW.” You can’t do it. It would have been like writing a four-hour movie every single week. We were more concerned with what would SmackDown and RAW now look like if we were to cut our time in half. So it really wasn’t a money issue but at that point there was a lot of stress.” 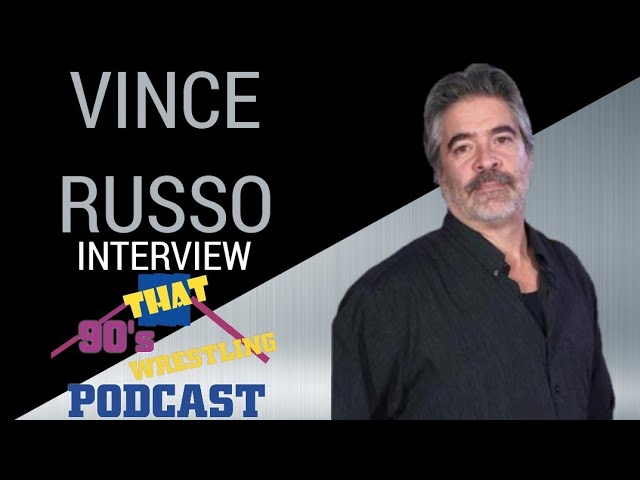 Vince Russo revealed that work pressure was getting to him. Added to that, he wasn’t getting much time at home with his family. Russo said that when he brought this up with Vince McMahon, the Chairman’s reply led to him deciding to leave WWE:

“Vince was doubling down with this new show and I had a conversation with him and I was really stressing out. I wasn’t seeing my kids, I wasn’t seeing my family and I just wanted to move my wife closer to her family. That’s all I wanted to do. So I had the conversation with Vince and that’s when Vince [McMahon] said to me, ‘I don’t know what your problem is. You make enough money. Why don’t you hire a nanny to take care of your kids?'”

If any quotes are used from this article, please add a H/T to Sportskeeda Wrestling and give credit to That 90’s Wrestling Podcast